Start your morning off right after breakfast, with a drive up into Montana for this Battlefield Ride. Take a short run on Interstate 90 to Piney Creek Road and then through Story, Wyoming on old Highway 87, straight up into Sheridan.
This scenic route may take a bit longer than the interstate, but it’s well worth it. Make a quick pit stop to fuel up for the journey into the “Treasure State”. After leaving Sheridan, you’ll cross into Montana. Drive up the Rosebud Valley and into the Rosebud Battlefield State Park.
Rosebud Battlefield is associated with the lead up to the Battle of Little Bighorn, which you’ll be seeing soon during this tour. Rosebud represents the proactive position of the 1,500 Sioux and Northern Cheyenne as they forced the withdrawal of Brigadier General George Crook’s 1,000 troops at Rosebud Creek. That day in 1876 was on of the largest battles of the Indian wars. 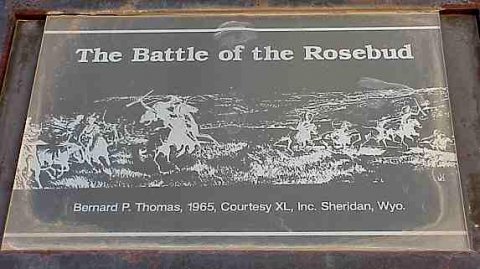 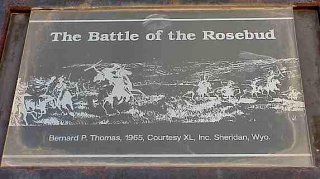