The rock formations along US-16 are made up of Paleozoic limestone and dolomite beds which cut into much older Precambrian rocks that are roughly 2.5 – 3 billion years old. The metamorphic rock layers were formed through a combination of extreme temperature and pressure, most likely during an ancient mountain building period. Mountains in Wyoming generally contain limestone, gypsum, bentonite, phosphate rock, copper, iron ore, molybdenum, and feldspar, as well as deposits of oil, natural gas, coal, and uranium. The various layers in the geology of the Big Horns were caused by the constant eroding and uplifting of the mountains. 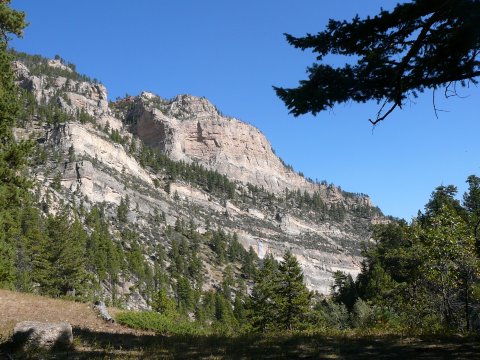 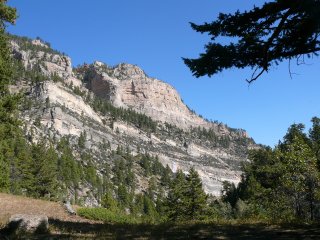